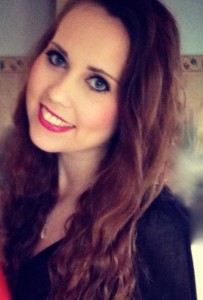 Most recently, Vicky was invited to teach at Move It in London which you can read about here. Vicky also choreographed ‘High School Musical’ for The Performance House at the Porthcawl Pavilion. She was also invited to be a judge at Cardiff University for their national dance competition.

Vicky is a very well known and respected teacher and choreographer in the Vale of Glamorgan and Cardiff. She first started performing at just 4 years old and continued her training under teachers from all over the world including; New York, The Royal Ballet School, Arts Educational and National Dance Company Wales. Vicky also read drama at the prestigious Exeter University Drama Department and graduated in 2008.

Vicky is a trained ISTD dance teacher in Ballet, Modern and Tap as well as having completed her Advanced 1 Ballet under the RAD syllabus and Advanced 2 Modern and Tap with the ISTD. She is also a former Associate with National Dance Company Wales.

Previous experience includes musicals A Chorus Line (Judy), Beauty and the Beast (dance captain), Copacabana (dance captain) , West Side Story, The Producers and Fame (dance captain) all at the New Theatre, Cardiff. The BBC’s Dr.Who and Casualty, S4C’s Caerdydd and A470, as well as performing in Music Videos. Various leading roles in plays and shows ranging from Grease to Vinegar Tom. Vicky has performed as a vocal soloist in numerous productions.

Vicky founded PAAW in 2010 after teaching for dance and theatre schools around Cardiff/Vale of Glamorgan and has since seen students perform at prestigious venues around the UK including; The Royal Albert Hall, The Millennium Stadium, Her Majesty’s Theatre, Sadler’s Wells Theatre and the Wales Millennium Centre – to name a few!