Heading off to London – September 2020

We are so proud of Liv Tucker, another PAAW student who will be continuing her training at the famous London Studio Centre. Liv successfully auditioned for many performing arts colleges and we can’t wait to see what the future holds for her! 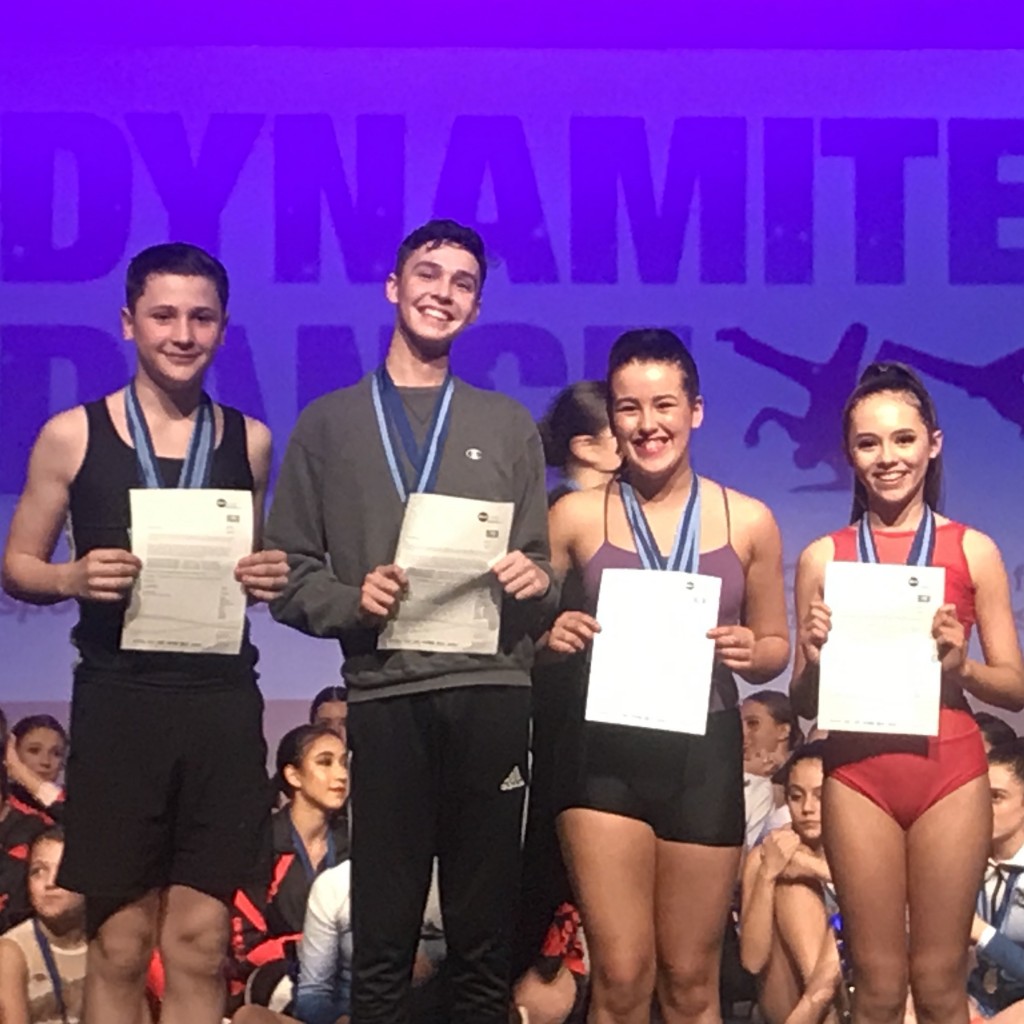 Our competition teams recently attended Dynamite Dance in Bristol which is sponsored by Bird College. Head judge of the competition Luis de Abreu – Joint Principal and Artistic Director at Bird was due to award one scholarship to Bird’s Summer School at the end of the day. We were blown away to discover that he had chosen to award FOUR scholarships to our students! Evie, Jake, Izzy and Tom – we are so so proud of you all.
Hopefully (due to Covid-19) you will still be able to take up those places. 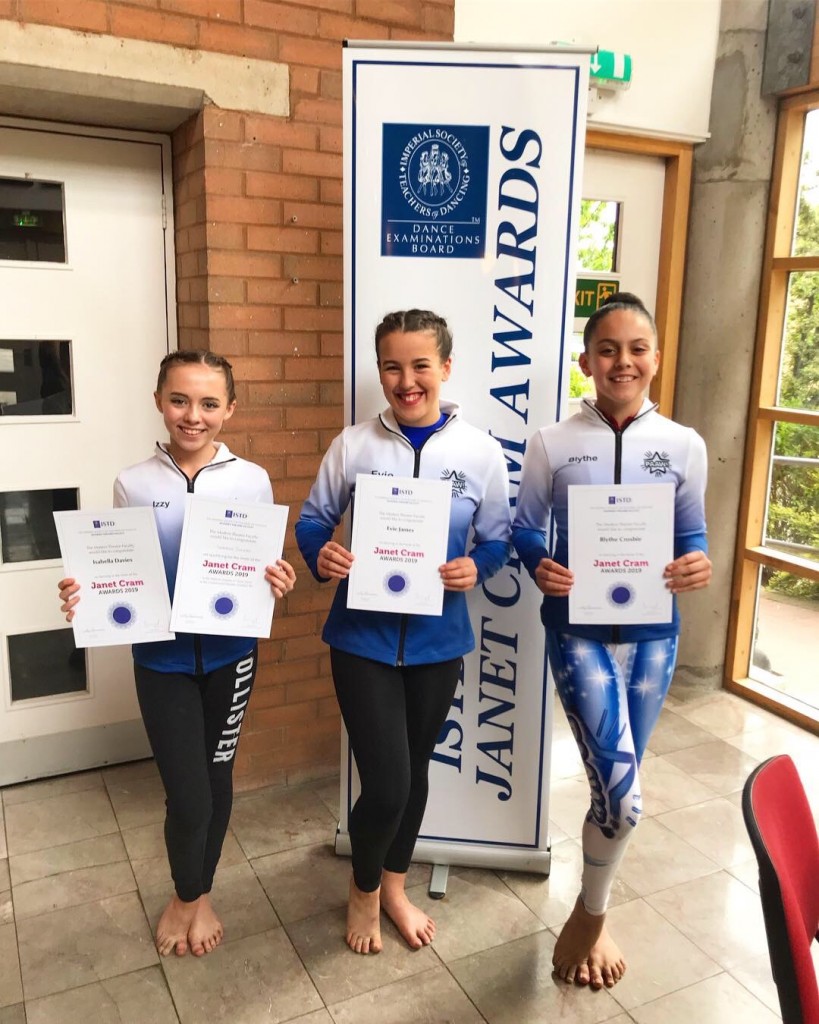 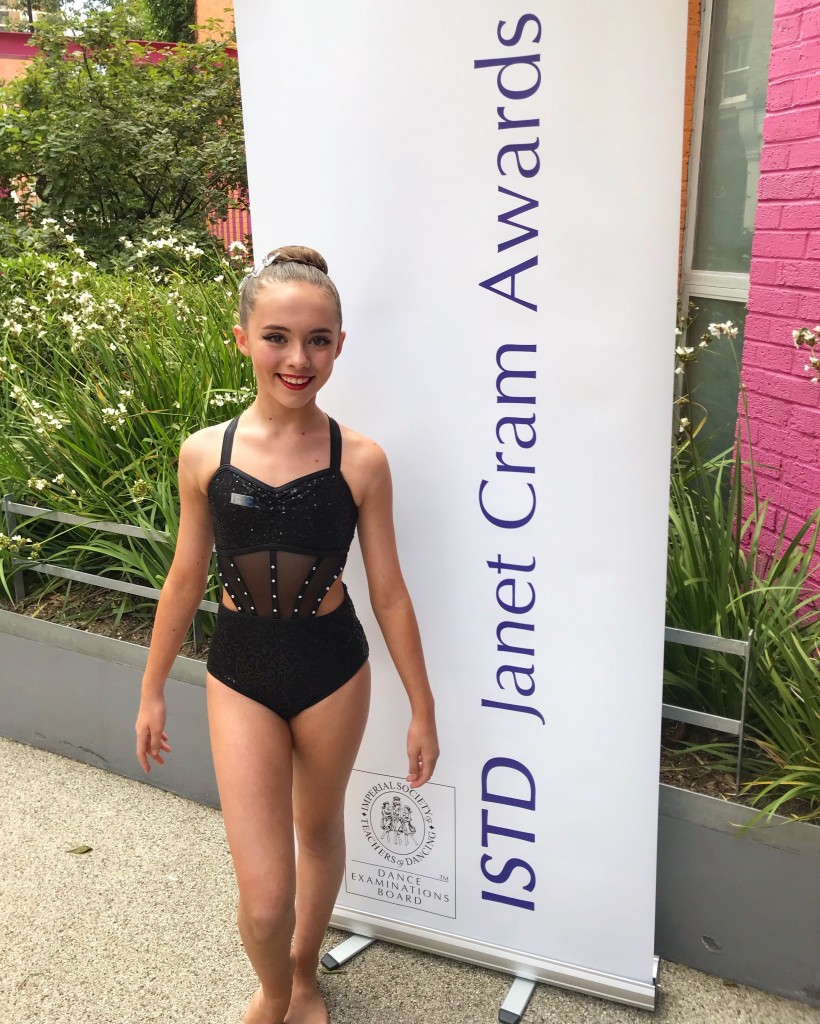 This year we decided to enter the prestigious Janet Cram Awards run by the ISTD Modern Faculty. We had a great day at the heats and Evie, Blythe and Izzy all represented PAAW to the highest standard. We are thrilled to announce that Izzy qualified for the finals in London in June.
We had a great time at the Janet Cram finals watching Izzy dance alongside some of the best dancers in the country. We are very proud of her for making it to the final and for representing PAAW at this prestigious event. Well done Izzy! 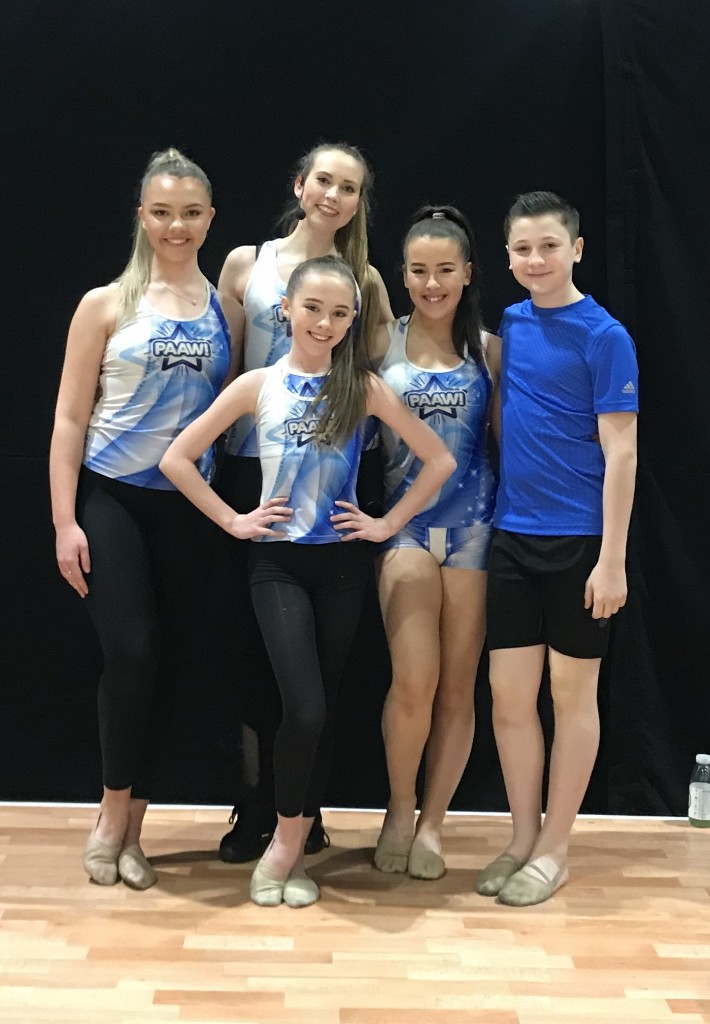 PAAW Principal Vicky Russell was invited to teach all three days at the Move It convention this year and all of her classes SOLD OUT! Teaching over 500 dancers from across the UK over the weekend was the most incredible experience. Nia Hopkins, Evie James, Izzy Davies and Tom Whittaker assisted in the classes and represented PAAW to the highest level. They were also scouted in other classes they took throughout the weekend.

Heading off to London – September 2018

Nicole Bonvini is following in the footsteps of former PAAW student Lucy Sharpe and continuing her training at the famous London Studio Centre after being accepted at numerous performing arts colleges. We are very proud of her and can’t wait to see what the future holds!

Also, well done to Amy Osbourne who has been having privates with Vicky since September and has successfully auditioned for her first choice dance college – Millennium Performing Arts. So proud of you and your hard work! 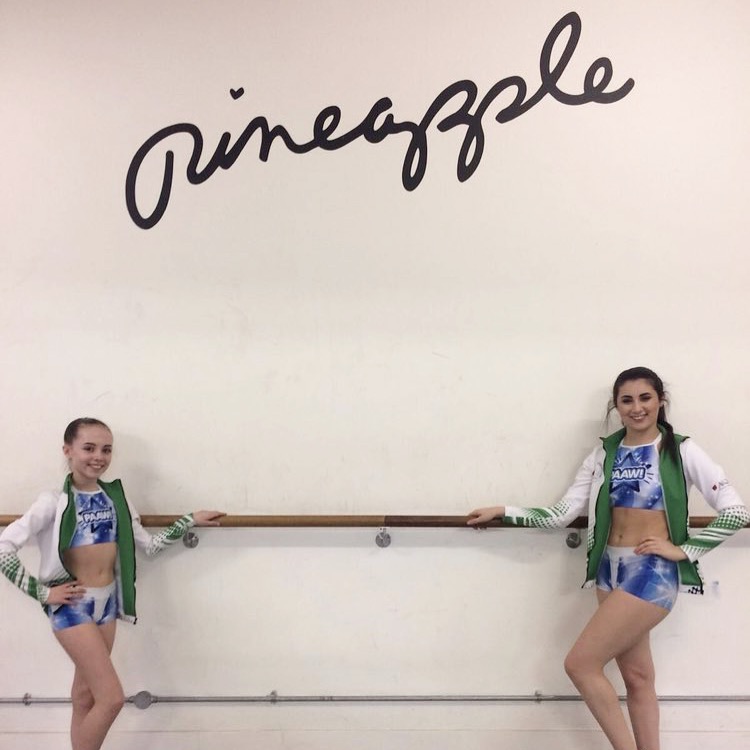 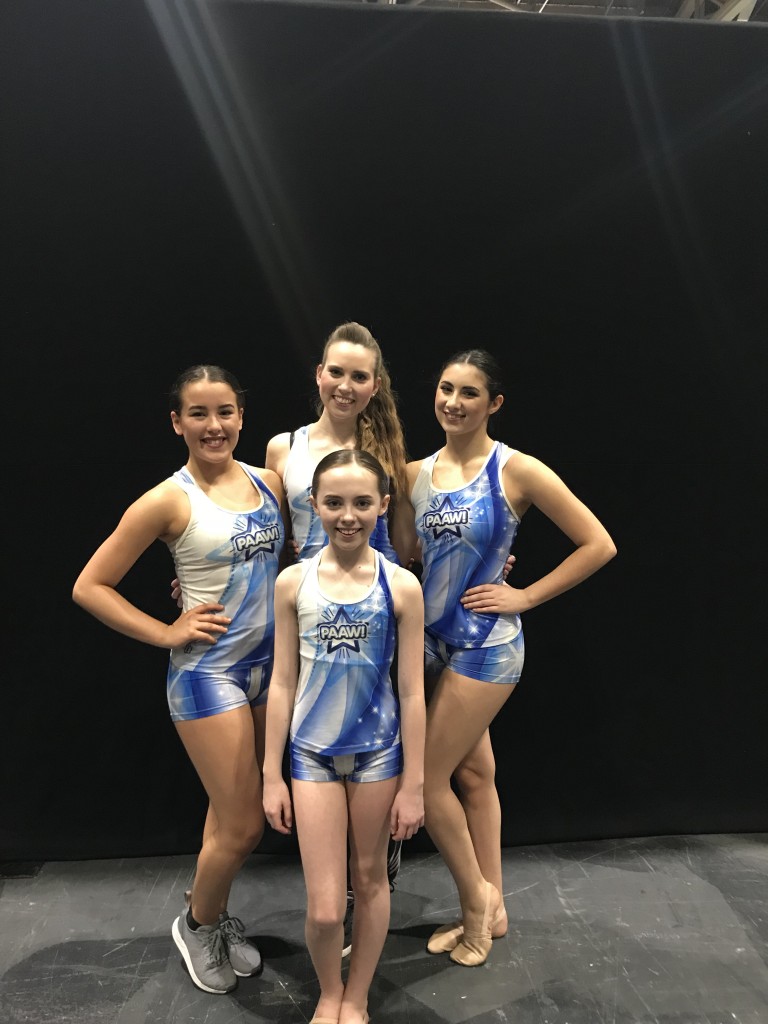 PAAW Principal Vicky Russell taught another SOLD OUT class to over 170 students from across the UK. Nicole Bonvini, Izzy Davies and Evie James assisted her ‘Kicks, Turns and Leaps’ class. The Senior Competition Team was also invited to perform on the Main Stage alongside the top dance schools and colleges from across the UK.
Many students were scouted in classes at Move It. Nicole Bonvini was also scouted in multiple classes and was lucky enough to perform on the freestyle stage.

In May half term Lucy Griffiths and Nicole Bonvini from our competition teams were invited to a special event at Pineapple Dance Studios in London. Select dancers from all the UK teams in the Dance World Cup were invited to take part in a fantastic class. Our girls had a great time dancing in the iconic building and meeting other dancers from around the UK. 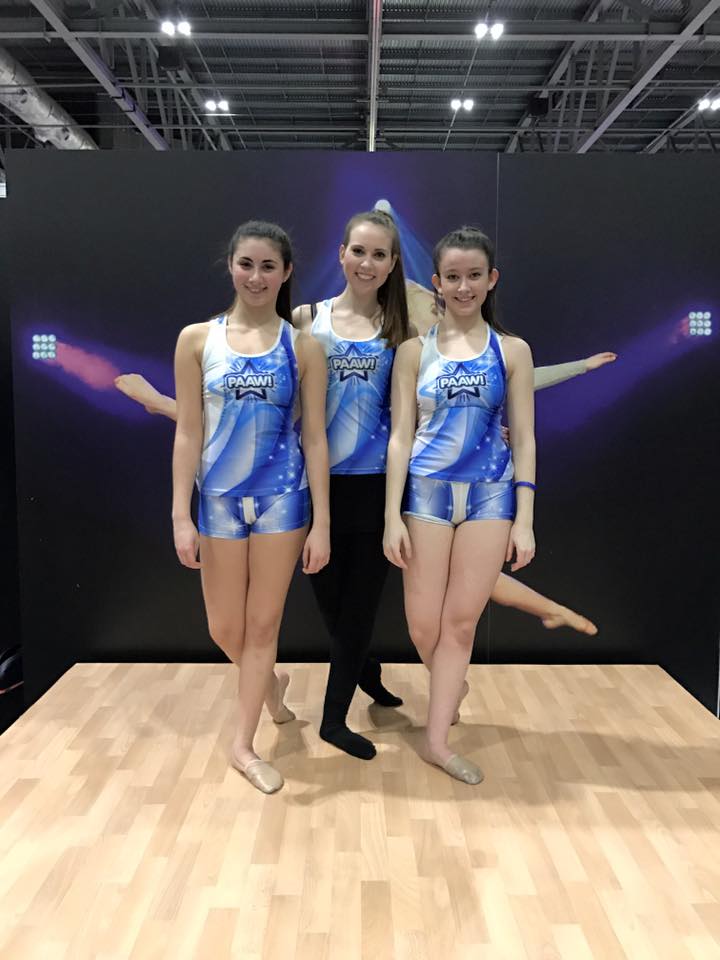 We had a fantastic weekend at Move It this year. Friday 10th March saw PAAW Principal Vicky Russell teaching a sold out lyrical contemporary class at the UK’s largest dance event. Senior dancers Nicole and Aimee assisted the class (pictured right) and represented PAAW to the highest level.

Senior dancers then attend Move It Sunday 12th March. Everyone had a fantastic time meeting and taking classes some of the biggest names in the dance world including: Kimberly Wyatt, Darcey Bussell, Lukas McFarlane, Tap Attack, Ryan Jenkins, Dane Bates and Jennifer Ellison. PAAW students made a big impression and several were scouted in classes that they took, we were also able to catch up with PAAW alumni Cassiel Egerström (now training at Italia Conti) and Lucy Sharpe (now training at London Studio Centre).

Heading off to London – September 2016 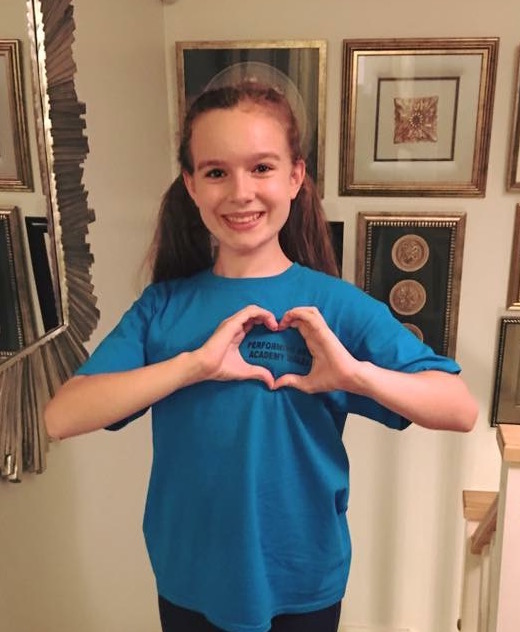 Well done to Lucy Sharpe who successfully auditioned for many performing arts colleges for September and will be continuing her training at London Studio Centre.

Also, well done to Cassiel Egerström who, at only 11 years old,  successfully auditioned for Italia Conti. We will miss both girls very much but we’re very proud of them both and can’t wait to see them performing in the West End soon!! 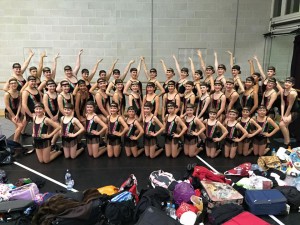 We’re so very proud of the girls and have had lots of people commenting on their professionalism, choreography and technique. 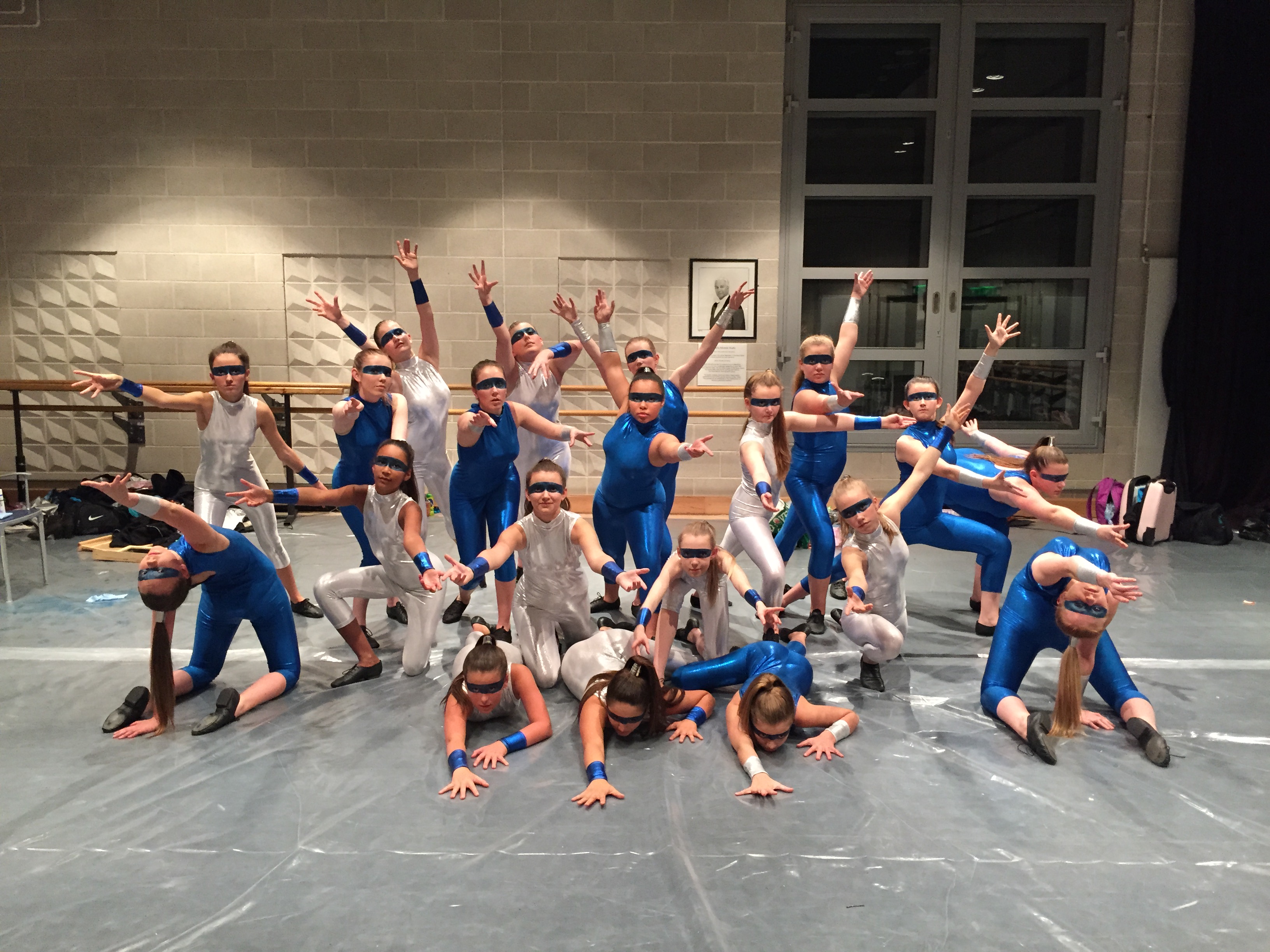 Saturday 15th November 2014 saw 20 Senior dance students competing in a large dance competition up against dance schools from all over the UK!

With no rehearsal in a brand new space, the girls did a fantastic job performing their routine Speakerphone. The standard was extremely high and the girls more than held their own with their excellent technique shining through.

More photos of the day can be found on our Facebook page here. 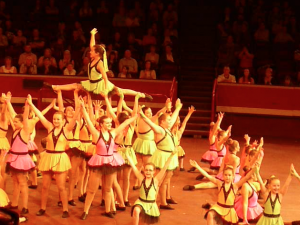 The run up to the performance saw PAAW students having to rehearse in the massive studio at Penarth Leisure Centre to get used to the size of the arena floor at the Royal Albert Hall. 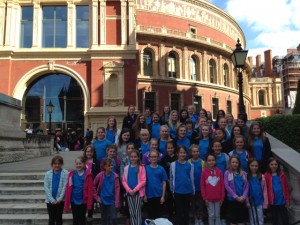 Well done girls for adapting to such a large space.

We’ve had great feedback, commenting on the girls’ fantastic costumes, fabulous smiles, professionalism throughout the day and how great their turns, choreography and technique were! 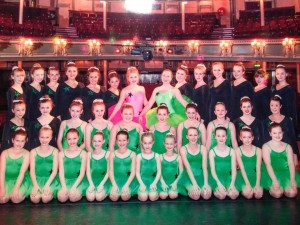 Sunday 28th October 2012 saw 35 Junior and Senior dance students performing at the prestigious venue, home of the famous Phantom of the Opera. In an event which has seen numerous West End stars perform as children, we are delighted to have been part of such a fantastic show.

and were selected to close the show with: Defying Gravity (Wicked)

Students’ hard work really paid off as many commented they ‘stole the show’ and certainly had the loudest cheers! Nic Greenshields (former Phantom in Phantom of the Opera) was blown away by PAAW commenting on the ‘amazing choreography’ – we’re so proud of you all.